Ottawa Rally for Accountability May 6th 2016 Ottawa Rally for Accountability, May 6th 2016 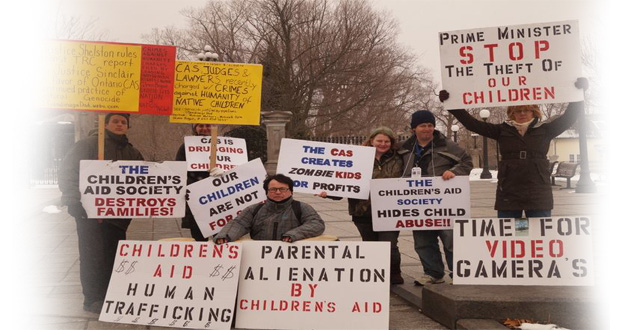 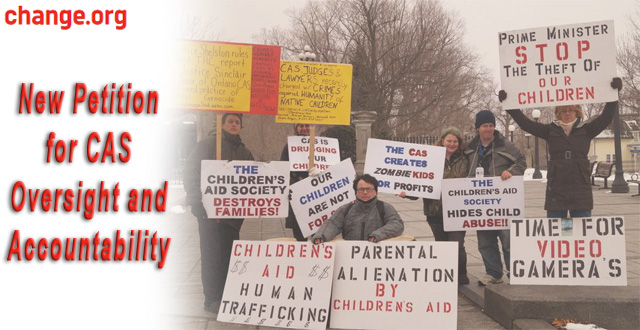 Published on July 29, 2013 by admin in Uncategorized

The Rally was a great success and we had lots of media attention.

Special thanks go to the other organizers of this event from Idle no More, the Kingston Coalition Against Poverty and EPIC, you guys where great!

Here is a link to the article in the Whig Standard: http://www.thewhig.com/2013/07/16/groups-want-cas-oversight

Also here is the video of the event:

Windsor Ontario Rally for Accountability was a success.

Published on July 14, 2013 by admin in Uncategorized

The rally in Windsor Ontario was a success with over 200 petition signatures and multiple media in attendance. Here is a link to the article in the Windsor Star: http://blogs.windsorstar.com/2013/07/08/downtown-petition-drive-seeks-expansion-of-ontario-ombudsmans-powers/

Also here is the video of the event:

Happy Canada Day to all!!

Published on July 2, 2013 by admin in Uncategorized

As a Canadian there are many things that make me proud to be here such as our Charter of Rights and Freedoms and the fact that we do live in such a beautiful country but unfortunately, as time goes on, there more and more there are things that make me ashamed to be a Canadian and this has allot to do with the fact that their are more and more things that are going on that do not resemble Canada, the country that I heard about in the history books but rather resemble Germany in the height of Nazi power.

Here in Canada nowadays it is generally frowned upon by society to speak out against or question our government that is full of corruption.

The Canadian public is generally unaware of any real issues that effect us all but rather is aware of the current hairstyles and relationships of our celebrities because this is all that our government sponsored mainstream media/propaganda machine wants you to hear.

They do not know about things such as the massive loss of fundamental rights and freedoms of many Canadians on a regular basis whenever they speak out or do something that is not against the law but rather is simply going against corruption.

They are unaware that the vast majority of the food that is sold in our grocery stores is not food at all but rather is “food like products” that are proven to be dangerous to our health and kill thousands of people annually. This includes the vast majority of produce sold in grocery stores that is Genetically Modified using seeds created by Monsanto Corp that is so dangerous that they will not allow GMO crops in their own cafeterias but yet they sell it to millions of unsuspecting people on a regular basis.

They are unaware that the entire mental health industry is nothing more than a sham that has been designed to misinform the public into believing that they all need dangerous psychotropic drugs that have in most cases been proven to cause more harm than good and are even often prescribed to children in which they are not even approved by health Canada.

Then we have the chemtrails where in a massive effort by our own government, millions of airplanes fly across our beautiful country spraying massive amounts of Aluminum and Barium into the sky for undisclosed reasons that are further destroying our health and our farmland.

Municipalities in this country are knowingly dumping huge amounts of a poisonous industrial toxic waste product known as fluoride into our water system that is causing untold health problems including flouridosis that actually rots your teeth which is the opposite of what the public is told.

Then we have private unaccountable corporations known as Children’s Aid Societies that often walk into the homes of innocent families and steal their children using unlawful and blatantly immoral Nazi style tactics for nothing more than their own financial gain.

Then these private corporations are responsible for the deaths of over 100 innocent children every year in the province of Ontario alone!

If Adolf Hitler where alive today he would likely praise Canada and other countries for doing the types of things that he could have only wished he was able to do in his time.

Honestly there are so many things in this country that are so wrong and immoral that it is hard to think that this is in fact Canada.

But with that being said, I am still happy to be Canadian as I know that it is only a matter of time before the sheeple take the wool off of their eyes and see what is really going on and do something about it.

I highly encourage everyone to look at what is really going on and speak out and stand up for what you believe in as that is what Canada is really about.

Happy Canada Day to all!!!

Windsor Ontario Rally for accountability and oversight of the Children’s Aid Societies and the M.U.S.H sector.

Published on June 24, 2013 by admin in Uncategorized

We are holding a public rally for accountability and oversight of the Children’s Aid Societies and the M.U.S.H sector in Windsor Ontario on the corner of Wyandotte St and Ouellette Ave. Right in front of the Shoppers Drug Mart at 600 Ouellette Ave.

There will be plenty of signs and brochures to hand out along with the Ombudsman petition for people to sign.

I hope to see as many people there as possible because we need to get the word out and as people know, the CA$ propaganda runs wild and we need to inform people of the truth so that one day the tables will turn on them and everyone will know about their lies, deceit and unlawful actions.

Also if people are would like to attend but would need a ride to get there, we may be able to help with that so please either post on here or pm me and we will see what we can do.

Thanks in advance to all the great people that will hopefully be able to attend this rally.

Published on June 18, 2013 by admin in Uncategorized

This is just another one of the immoral tactics that the Private Corporate Children’s Aid Societies employ on a regular basis to continually attempt to destroy any bond that a Child has with their families.

Children’s Aid Societies will often not accept presents from parents for their children or they will accept them but never give them to the children and then on birthdays, Christmas, etc the CAS will deny these presents and often will deny requested visits.

Even though this is a blatant lie as the parents are in fact trying to do things for them and are often doing everything they can to fight to get their children home, due to the lack of any communication, the CAS has the ability to make the child feel as though the parents don’t love them and don’t care about them.

Published on June 16, 2013 by admin in Uncategorized

This a story by the CTV W5 team regarding some of the massive failures that can and do often happen with Ontario’s Children’s Aid Societies.

There are some issues with this as they have gotten their facts wrong on things such as Children’s Aid Societies in the province of Ontario are NOT government agencies as this video suggests but rather are private organizations that get funded based on the number of children in care and unlike the video suggests, Ontario’s CAS’s have absolutely no oversight or accountability whatsoever but either way, to me any stories that come out on national television like this is a great thing as it helps to expose the massive amount of horror stories and children and families that are being destroyed at the hands of these private corporations for nothing more than their own financial gains with complete disregard for the best interest of children and their families!

Happy Fathers Day to all!!!

Published on June 16, 2013 by admin in Uncategorized

Happy Fathers Day to all the fathers out there how do and don’t have access to your children.

To the fathers and parents in general that do have access to your children, please be thankful and never take for granted the amazing opportunity that you have to raise your wonderful children.

To the thousands of innocent parents in the province and millions around the world that do not have access to their children due to either the blatantly unlawful and immoral actions of unaccountable private corporations that are making money off the backs of innocent children or parental alienation due to selfish parents or others that do not realize or care about the fact that a child should always be raised by BOTH parents whenever possible, please just know that you are not alone and one day these thousands of horror stories will be exposed and the people responsible will be held accountable for the horrors that they are responsible for.

Windsor CAS will not accept emails from the majority of people…

Published on June 11, 2013 by admin in Uncategorized

We are unable to respond to web based email addresses such as Hotmail, MSN, Yahoo, Gmail, AOL, etc….  Please use your ISP supplied email account for any inquiry or contact with the agency.

So essentially they are saying that they are not going to respond to 90% of emails that they receive due to the fact that the majority of people have emails with these types of email hosts that they are talking about.

I would like to know their reasoning for this as this seams more than unreasonable to me but that is the Children’s Aid Society for you, always doing things that are unreasonable and/or do not make sense lol.

Kingston Rally for accountability and oversight of the CAS and the MUSH sector.

Published on June 6, 2013 by admin in Uncategorized

There will be plenty of signs and brochures to hand out along with the Ombudsman petition for people to sign.

I hope to see as many people there as possible because we need to get the word out and as people in the area know, the CA$ propaganda runs wild here and we need to inform people of the truth so that one day the tables will turn on them and everyone will know about their lies, deceit and unlawful actions.

Also if people are in the Belleville, Kingston or Picton areas but would need a ride to get there, we may be able to help with that so please either post on here or pm me and we will see what we can do.

Thanks in advance to all the great people that will hopefully be able to attend this rally.

Published on June 6, 2013 by admin in Uncategorized

We are having a small BBQ and Pool Party at our place on June 15th 2013 We will have burgers & Hot dogs but we are asking everyone to please bring some sort of food or drink item if you can to add to this.

Depending on weather you can bring your bathing suits as well and hop in the pool.

Here is our new website that is currently under construction so please bear with us as there will be many updates to the website over the next couple weeks. This website will contain information, news and events regarding accountability and oversight of Children's Aid Societies in the province of Ontario.